Get fresh music recommendations delivered to your inbox every Friday.

by The Coke Dares 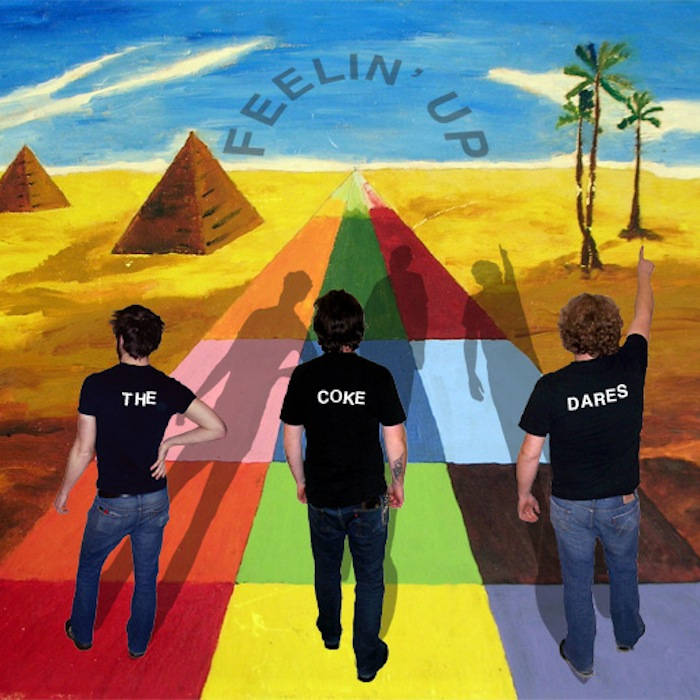 The three men of The Coke Dares like to play music. A lot. They have a lot of songs too. They aren't political, but they are egalitarian--so they all sing. They take turns and they sing at the same time. Jason, Mark, & Pete play twenty five songs in one set! But it doesn't take very long, because the songs are short--some are really short. Short but they're full songs--with lyrics--lots of lyrics. These guys will sing about anything from signing contracts to chasing rats. Variety. Spice of life. Freedom of choice. Optimism. Bad attitudes. American Midwest. Bloomington, IN, to be exact.

The Coke Dares drive a Chevy and when they do they turn the radio to classic rock. Then they throw in a Wipers tape. And then maybe Alien Lanes. To sound like a well-oiled rock machine you gotta oil that sucker up and keep it firing. 10W-40 or whatever you got on the shelf. The fellas aren't exclusive, neither. They are also the big-block rhythm section of the Magnolia Electric Co. They also lend their skills to the Impossible Shapes and, previously, John Wilkes Booze, Panoply Academy, Scout Niblett, Jens Lekman, etc. The Coke Dares keep busy. The throttle sticks. No time for the shop. Record an album after work. This song hurts my leg.

Feelin’ Up is the second full length by The Coke Dares. They won the studio time in a contest. The guys recorded it live to two-track tape. Analog. No Mixing. No time for mixing when you got 33 songs to record
and you only won two days of studio time. Some of the songs have guitar solos. 82% of them are less than a minute long. Touring. Sweating. Eating. Sleeping on couches with names like “Old Stainy.” Buying Braille magazines at library sales. Diverter valves. Tell you what: Grab a shovel, bury Don Henley in a shallow grave, throw Feelin’ Up in the jambox in the backseat, and take Joe Walsh out for a short stack.

Recorded live to 1" tape without any sort of mixing at Russian Recording in the spring of 2005 by Mike Bridavsky, assisted by Cyrus Resur and an array of cats.

Bandcamp Daily  your guide to the world of Bandcamp